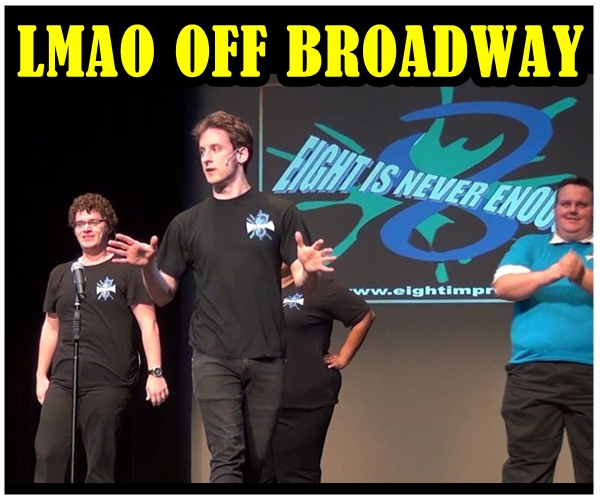 Come join the fun at this hilarious interactive musical comedy show completely improvised based on audience suggestions and often driven by audience participation. Tons of fun and cheaper than therapy, this WHOSE LINE IS IT ANYWAY meets Off Broadway Comedy Revue takes on today’s hottest topics and scandals.Tickets are $25 at the door. Food and Beverage service (most shows require minimum purchase). Bring the whole family to weekend matinees.

COME BE A PART OF THE SHOW!

VIP TICKETS $50
NO ADDITIONAL PURCHASE REQUIRED
Best Seats in the House and a round form the bar included in the ticket price.

Mondays 8pm ON THE SPOT

Our top improv players spontaneously develop the book for an original musical every night.  Each week guest cabaret artists sing their hearts out with favorites form Broadway, Jazz and Pop song books. The music titles, lyrics and themes – previously unknown to the players – inspires the script for original scenes. By the end of the show the cast ties up the story with a big musical finish. This show I loved by improv and cabaret fans alike.

Bring the whole family to these PG-rated clean comedy shows. Just as funny without any cringe worthy humor for children of all ages. Just a one – drink minimum at matinee performances. 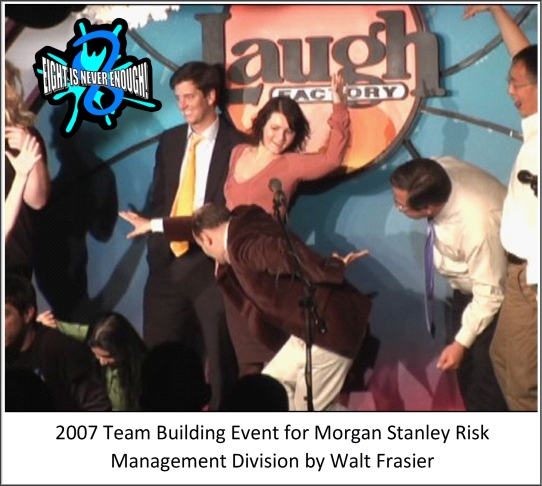 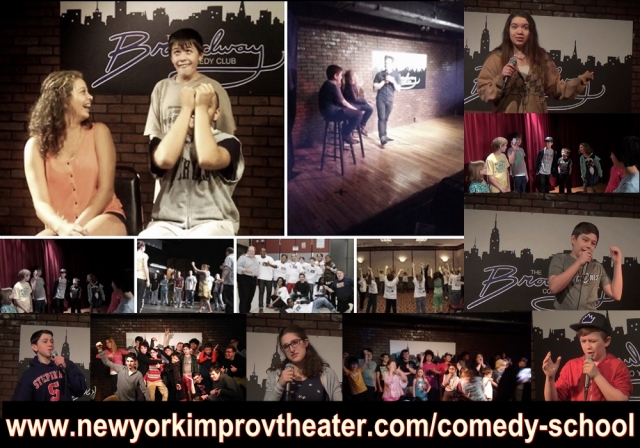 Winter, Spring and Fall we host weekly programs for kids, teens & adults. Drop in anytime for sign up for 8-10 week programs. Sign up the kids & teens for our comedy summer camps too. Our programs for Grades 3-12 include both Stand-Up and Improv Comedy. these classes include creative writing and performance, but offer so much more – critical thinking, public speaking, self confidence, community.team skills and more.