ON THE SPOT NYC

What do you get when you combine some of the best vocalists in New York with World-class improvisers?  You get a brand new type of show, where a new musical is created each night … “On the Spot“.

MAY 18 SINGERS & PLAYERS listed below…

IMPROV at the BROADWAY COMEDY CLUB

WHAT IS ON THE SPOT? Great singers sing great songs. Then the players improvise original scenes and songs based on the titles, lyrics and themes of the previous songs.  Still saying “HUH?” CHECK OUT THESE VIDEOS from the amazing APRIL 20 performance… 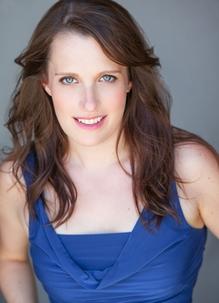 Erin Evers – is excited to be a part of “On the Spot” and to work with this wonderful group of performers.  She has been living the dream in NYC ever since graduating from The Boston Conservatory.  Some of her favorite shows she has been a part of include, The Full Monty, Fiddler on the Roof, Grease, and The Fantasticks.  She thanks her parents for your their neverending support and Dylan for standing by her side.  Learn even more at www.erinevers.com. 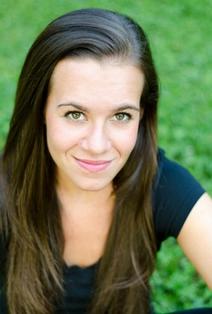 Lindsay has been performing since she could walk. Born and raised in Manhattan by a Broadway musician and professional singer, music has always been a part of her life and she soon added acting and dancing to her repertoire. She attended the Professional Performing Arts School where she studied musical theater and went on to the University of Miami and Hunter College where she continued her studies and training in theater. Favorite roles include Amy Winehouse in Totally Tubular Time Machine” (Off Broadway), Mimi in “Rent” (Riverdale Rising Stars), Baker’s Wife in “Into the Woods” (PPAS) and Aurora in “Sleeping Beauty” (Lehman College). She was also the scholarship winner for the 2012 Cabaret Conference at the Eugene O’Neil Theater Center where she got to work with and perform with some of the most talented and legendary performers in the industry. As someone who has performed in many musicals as well as improv shows, she is SO excited to be a part of “On the Spot”! Proud member of Actor’s Equity Association and SAG/AFTRA. 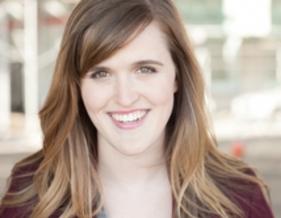 Kelsey Martin hails from Dallas, TX, and is a proud “Texan-turned-New Yorker” on the days when she’s not missing tex-mex queso too bad. Kelsey got her BFA from Baylor University (sic ’em) where some of her favorite roles included Christine Colgate in Dirty Rotten Scoundrels and Rita in Thoroughly Modern Millie. Since then, Kelsey has had the chance to attend the American Theatre Wing’s SpringboardNYC Actor Intensive and gets to spend her Wednesdays bringing the gift of theatre to some of her favorite teenagers at Brandeis High School. She is stoked to be part of “On the Spot” and is excited to see where this adventure will take her! She can be found on instagram at @k_mart or at Blockheads eating chips & guac. Above all, Psalm 116:12-14. 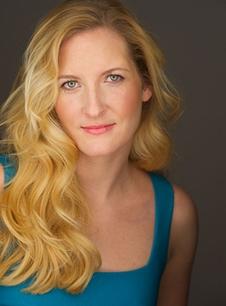 An Ohio native Grace is delighted to be a part of On the Spot. Recent credits include Pinky Tuscadero in Happy Days the Musical, Cinderivka in Cinderivka, and recording the original cast album for “Dooples the Musical”  Grace also currently sings in the Angie Atkinson band.

Originally from New Orleans, LA, Christopher Catalano has worked on a shrimp boat, performed at the World’s Fair, skinny dipped with alligators, graduated from Florida State University and the past 4 years has hosted the biggest lottery on Broadway for over 400,000 people.  He has performed Shakespeare in 38 states and has appeared onstage in NY in over 75 plays (from Lanford Wilson to Trey Parker), and performed as an improvisational comedian over 500 times.  As a writer he has had 7 plays produced and published, and his pilot, “Open Bar,” was a semi-finalist in Bravo Television’s reality competition, “Situation: Comedy.”
@lotterydude
http://www.christophercatalano.com/

SGF PRODUCTIONS has been presenting professional theater and comedy since 2002. Its flagship shows “Eight Is Never Enough, LMAO Off-Broadway and Improv 4 Kids has played over performances in Times Square and touring nationwide. Additionally SGF provides music and variety entertainment at private end corporate events including Santa & Friends, Blues Brothers, Abbott & Costello and other acts. Focused on educational outreach for the arts, workshops and artist residencies are a major part of the SGF mission, using improv comedy in both corporate and K-12 educational settings to teach valuable life skills. Along the way SGF has ventured into video production. This past year POOP the Movie was released. Numerous comedy videos – including sketch and live Improv shows – can be found on various youtube channels. Many interesting projects are in the works including the short film “Never Open The Mini Bar” by Geoffrey Sheer.  For more information contact Walt Frasier 212-568-6560