WINTER IMPROV CLASSES are in session for Kids / Teens

WINTER CLASSES are in session

Did you miss the fist class? No problem!!! 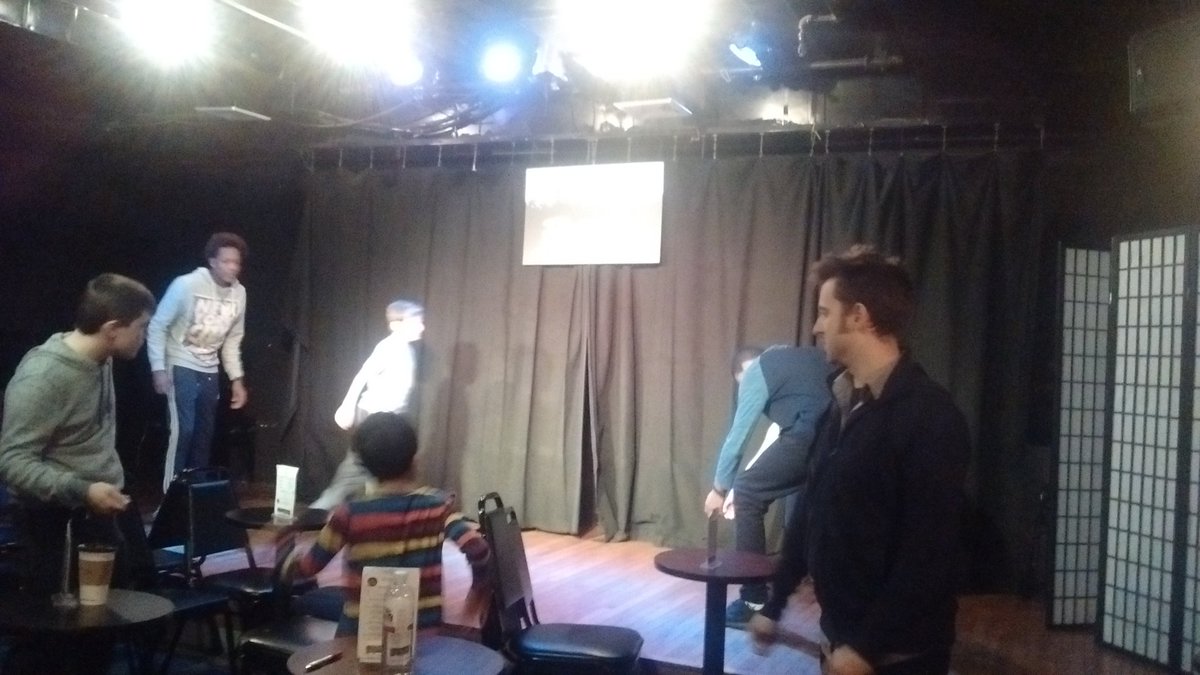 We have 3-4 teachers plus interns on hand with two theaters and a classroom area to break students into groups weekly into the teams according to age and skill levels.

Comedy 4 Kids 2013. Most of the students are now in our Teens & Tweens classes.

2006 – Improv 4 Kids taught workshops for Ohio National Guard kids – specifically using Improv to deal with one or both parents being deployed in combat zones.

PREPAY Spring Session with Winter Session NOW and Save!!!

Stay for a show. We offer our students free admission to our shows. Every Saturday 3pm is amazing for kids of all ages.

Saturday 8pm fun for Teens and older (Marketed as 18+ comedy, but if teens are watching South Park and/or R-Rate movies, our 8pm show will seem tame). Older students might want to check out ON THE SPOT, our new Monday 8pm series featuring LMAO cast mates performing Improv based on Cabaret singers’ performances.

Catch Walt Frasier this Summer on TruTV’s “Friends Of The People” now in their 2nd season. Go to Netflix – RIGHT NOW!!! – to see Walter in Lilyhammer (Season 3, Episode

Liz Lord has been a cast member of Eight is Never Enough presents Improv for Kids and LMAO since April of 2012. After receiving her theater degree from Earlham College, Liz came to the city to act, direct, and teach.  Favorite roles include Ophelia in Hamlet, Liz in Chicago, and She in The Loveliest Afternoon of the Year. She loves performing in new work as well, and has been on stage for many of New York Cities various theater festivals.  Liz has directed adults and children, and is the co-artistic director of the newly formed Three Bridges Theater.  Teaching has always been one of Liz’s favorite endeavors. She has worked with Americorps to bring arts education to low income families, taught literacy through acting with the Central Park Historical Society, and acted as an assistant director for the Sports and Arts in Schools Foundation.  Her favorite teaching position, however, has been teaching stand-up and Improv to kids with SGF Productions.

Brandon Ford has been a student of EIGHT IS NEVER ENOUGH / LMAO since high school, where Brandon was a leader in the in-school weekly classes at Springfield Gardens, Queens, NY. Upon graduation high school, Brandon joined the team at schools and the Times Square club, performing along side the pros in K-12 out-reach shows and assistant classes and workshops.