– Click on show dates/times to purchase $10 tickets (reg $20-25 at the door)
– VIP TICKETS available to some shows include 1st round and the best seats are waiting for you stage-side upon your arrival.
– Please arrive 15-30 minutes prior to showtime for seating.

8pm ON THE SPOT

What do you get when you combine some of the best vocalists in New York with World-class improvisers from the cast of LMAO Off Broadway?  You get a brand new type of show, where a new musical is created each night …

SCROLL DOWN FOR PERFORMER BIOS AND HEADSHOTS

Nathan Armstrong, On The Spot Producer

IMPROV at the BROADWAY COMEDY COMEDY

COMEDY CLASSES start up again in the Fall

Saturday 8pm LMAO Off Broadway $25 plus TWO drink minimum
Professional Improv Comedy created on the spot. Think WHOSE LINE IS IT ANYWAY NYC-Style. Great music, theater and comedy based on audience suggestions and participation by the cast of EIGHT IS NEVER ENOUGH.

Saturday 3pm EIGHT IS NEVER ENOUGH $25 plus ONE drink minimum
AKA Improv 4 Kids this show is fun for the whole family. Basically same as 8pm show but family / corporate friendly. COME BE A PART OF THE SHOW!

Both the prime time and family matinees add shows to the calendar for holidays and other special occasions. The cast of EIGHT IS NEVER ENOUGH tours nationwide

BROADWAY COMEDY features live STAND-UP COMEDY every night at 9pm and 11pm. 90+minute showcase of top TV and club comics. YOu may recognize many of the comics on the shows. If not you will certainly know their credits – Letterman, MTV, HBO, VH1, Comedy Central and so much more… $25 plus TWO DRINK MINIMUM CLICK HERE for more info and $10 discount tickets exclusively vie NYIT 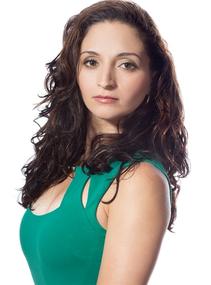 A highly versatile singer-actress, Eva Richards recently worked with Tony nominee John Tartaglia and Broadway veteran Shannon Lewis, as the Teacher Susie understudy and swing in the original company of Jim Henson’s Sid the Science Kid Live! tour. Previously she played the role of Dorothy in the seven time Tony award winning musical, The Wiz.  Recognized for her talent at an early age, Eva attended the prestigious LaGuardia High School of Music & Art and Performing Arts.  An adept comedienne, Ms. Richards studies improv comedy at the Upright Citizens Brigade and has worked with award winning improvisers, Shannon O’Neill, Brandon Gardner, Chelsea Clarke and Christian Capozzoli.  She most recently opened her solo cabaret, From Broadway to Brazil, to rave reviews at the Metropolitan Room. Eva is a proud member of Actors’ Equity Association and is SAG-AFTRA eligible. www.Eva-Richards.com @EvaRichards10 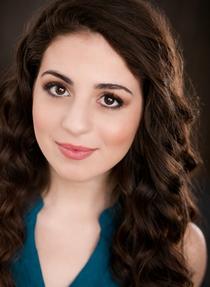