ON THE SPOT Cabaret Improv Monday January 18 Line Up

What do you get when you combine some of the best vocalists in New York with World-class improvisers from the cast of LMAO Off Broadway?  You get a brand new type of show, where a new musical is created each night …

ON THE SPOT SINGERS 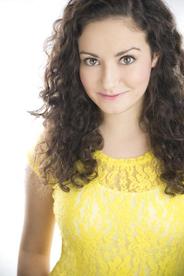 Carrie is thrilled to be a part of On The Spot! A graduate of the University of Michigan Acting program, Carrie recently performed in the new play “Can I Help You” at the New York Thespis Theatre Festival. Her work on screen includes two episodes of “Dating and Auditioning: the Web Series”, the role of Conservative Sara in the feature film “Answer This!”, and background in several episodes of Saturday Night Live’s 40th season. She also recorded the role of Miss Riley on the Original Cast Recording of “Rocket Boys: the Musical” while performing with Theatre West Virginia. Go Blue! 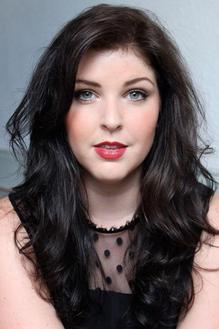 Rachel is so excited to be a part of On the Spot. Recent credits include: Suds! (Marge), Nunsense (Sister Mary Amnesia), Fox on the Fairway (Louise), Judy’s House, Grease, Non-Equity the Musical, They’re Playing Our Song, and Carnival Cruise Lines 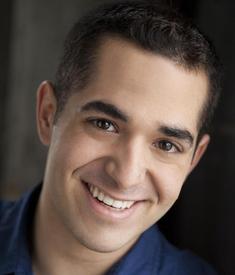 Rocky Paterra is excited to be making his Broadway Comedy Club debut. He was most recently seen as a featured vocalist in “Louder Than Words” at the Duplex Cabaret Theatre and as a principal performer in Inspire, an original concert production with the American Music Theatre in Lancaster, PA. Rocky began his career performing in two consecutive tours as a featured soloist with Marvin Hamlisch and continued working in his hometown where he graduated from the University of Pittsburgh in 2014. He is new to living in NYC and grateful to be alongside such talented performers and improvisers.

Tatiana Birenbaum. A Brazilian native, graduated from the American Musical and Dramatics Academy (Fall 2014), she began her career in Sound of Music as Gretl when she was 7 and never stopped since then.  She performed with big names of Brazilian Music like Jair Rodrigues (2012) and Toquinho (2012), was in musical productions like The Hunchback of Notre Dame (2011). Graduated in Social Sciences in 2012 and moved to New York to follow her dream, spread the Brazilian charm and do what she loves: perform.

Like Loading...
This entry was posted in Uncategorized and tagged cabaret, comedy, improv, january 18, line up, music, on the spot, players, show, singers. Bookmark the permalink.
Loading Comments...