DIRECT LINKS for SHOWS (Scroll down for more line-ups)

What do you get when you combine some of the best vocalists in New York with World-class improvisors?  You get a brand new type of show, where a new musical is created each night … “On the Spot“. 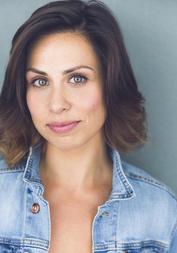 Alaina Fragoso hails from the other greatest city on Earth, Boston! Growing up in the suburbs, Alaina has always had a passion for acting and singing. She graduated from Emerson College after studying performing arts, and eventually moved to NYC.

While helping clients achieve their speech goals as an assistant at New York Speech Coaching, Alaina continues to pursue her dreams by auditioning, taking various classes around the city, and performing whenever she can! She’s been featured in social media ads for major beer brands, the International Fringe Festival, and staged readings for Broadway composers, among many other productions in and around New York and New England. www.alainafragoso.com Amanda Nicholas is a Colorado-bred, New York-loving graduate of NYU CAP21. She has made a career of parodying her childhood, and she take herself very seriously. You can see her chugging caffeine pills as Jessie Spano, off-Broadway in Bayside! The Musical! or foretelling rainbows as WGIV’s incompetent weather girl, Rainbow Brite on the YouTube. You can find out more about her antics and aspirations atwww.AmandaLNicholas.com 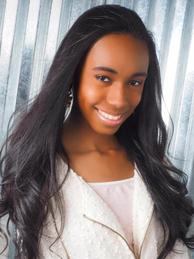 Linseigh Green is so grateful for the opportunity to perform at “On the Spot” tonight! A native Atlantan, she grew up pursuing her love for singing, receiving training in classical and legit voice and participating in a plethora of vocal competitions. During the short time that she’s lived in the city, Linseigh has begun to explore the realm of film, with opportunities such as a speaking role in Abnegate, and is continuing to follow her passion for musical theatre by performing in cabarets and plays, such as The Empire Travel Agency. Her most meaningful experience so far is her involvement in Zara Aina, an organization where actors can combine a love of art and service by using performance to ultimately help build a brighter future for Malagesy children.Type your paragraph here.

Rebecca is an actress, teacher, and collaborator originally from the mountains of Park City, Utah. She went on to earn her B.F.A. from Boston University with a focus in acting, theatre arts, and sustainable living. She has taught for the University of Utah, the Egyptian Theatre Company (Utah), Boston University, and New Repertory Theatre (Boston).  Recent credits include “APLOMB” with The Habitat, “Things We Never Knew” with Culture Project’s Summer Reading Series, “Gen-Y” with Touch Performance Art/American Repertory Theatre, and “Ariadne on the Island” with The CutOut Theatre. She is currently in rehearsals for Axis Art NYC’s all-female production of “Othello”. Her idea of freedom is the opportunity to work with her heroes, and above all else, she hopes to make the world a better place through her work.