Have you checked out the new shows yet at the Broadway Comedy Club?

NEW YORK IMPROV THEATER – AKA THE RED ROOM at the Broadway – is now home to dozens of NYC teams. The new series is featuring players from all the major Improv factories of New York – UCB, The Pit, Magnet and more. The club features professional shows at 8pm, which require $25 cover plus two drink minimum. HOWEVER, these new showcase series at happy hour and after hours bring you amazing entertainment for as little as $10 cover which includes your first drink at the bar. We also feature 1/2 priced drink specials. AND these shows are perfectly located just on the edge of Times Square Theater District so there is a nice mix of locals and tourists form around the world. This RED ROOM improv comedy program is quickly becoming a favorite for artists and fans.

CLICK HERE to see the full line up of shows.
CLICK on DATE/TIME of a show to purchase discount tickets. 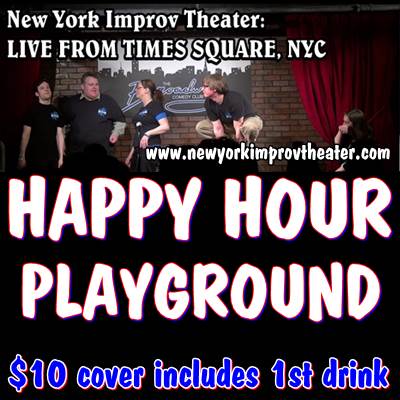 Trained under the watchful eye of the mad genius Anthony Atamanuik, this group of improvisers bring joy to world 15 minutes at a time.

“A boy’s best friend is his mother.” – Some Psycho and All of Us