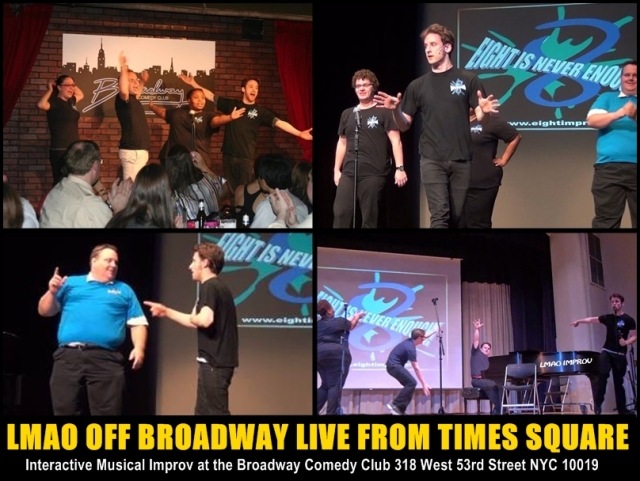 Hilarious interactive Improv comedy often takes on pop culture icons from block buster movies from Marvel and DC comics, but so much more fun when the audience is dressed as their favorite costumed characters, princesses and monsters. $25 at the door plus a ONE drink minimum. CLICK HERE for discount tickets and full calendar of shows.

Mitch is best known for his nine years as Assistant Director Walter Skinner in the FOX series THE X-FILES and for his role as Horace Pinker in Wes Craven’s SHOCKER. as well as his DALLAS, SONS OF ANARCHY, GREY’S ANATOMY, STARGATE: ATLANTIS, SUPERNATURAL, MEDIUM, LAW & ORDER: SPECIAL VICTIMS UNIT, and the films RECOUNT, FLASH OF GENIUS, and THE X-FILES: FIGHT THE FUTURE & THE X-FILES: I WANT TO BELIEVE.

And if you have not met Mitch in person, you are missing out. One of the nicest most personal guys EVER!

The Broadway Comedy Club presents a lineup full of our Top Headliners. These are the best comedians from New York City with special guests from all across the country. You’ve seen them on MTV, HBO, The Tonight Show, Comedy Central, The Daily Show, Last Comic Standing and more!